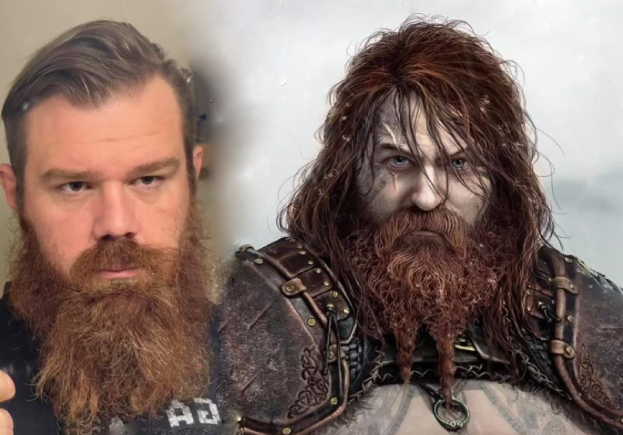 We are all creatures of habit. And once that habit takes full root into the day-to-day routines of our lives its really hard to look past anything else, maybe even achieve anything else outside of that. From here we get stuck, wanting something more but afraid to move past what our life already provides for us. Doubt creeps in, maybe even fear, because our way of life and our day to day brought us to where we are with the stuff we now possess and without that, we fear we may lose everything, or it would be impossible to “survive” without it and make ends meet.

This was me, before the pandemic.

I am a Power Lineman by trade and honestly, I pride myself in that. It is a job that not everyone can do and it’s a trade that requires not only physical strength and endurance but also the mental capacity to match. On top of the pride that comes with it, it gives you the ability to provide for your family in such a way that they will want for nothing, and all of this comes at the cost of no college debt. I am very thankful for what this trade has done for my family. But even more so, I am thankful for what this trade taught me in persistence, integrity, and resilience. Because with the latter I couldn’t have done the former. It’s been a very adventurous 17 years in the trade.

When the pandemic hit, being a contractor, I can essentially work when I want, and I decided to lay low. I had a very life-threatening circumstance about 8 years ago and it almost cost me my life in the same ICU room my father passed away in when I was teenager. But that’s for another post. Regardless, at the height of Covid when we had no treatments and very little knowledge, my doctor told me I was very high risk and strongly suggested I stay home. So, I did just that.

But it wasn’t easy. The past couple years have been hard for everyone especially socially and understandably so. The way I remedied this was streaming. I may look like a barbarian or the guy they used to model Thor in the upcoming game God of War Ragnarök. But as the previous sentence testifies, I am a huge nerd.

Voice Over Makes Its Way Into My Heart

This was where the words Voice Over first entered my mind. Some viewers thought I was already doing Voice Over. As more tuned in, so did the amount of people who said I sound like Zeus or some other member of the Greek Pantheon. People would tune in just to hear me talk. At first, I didn’t know what to make of it, but eventually I just appreciated their compliments. In time though their words would slowly pierce the drums of my ears and make their way to my heart, and I would reach out to the Seattle Voice Academy up here in Washington. From here I met the lovely Shana Pennington Baird. Such a sweet personality with the outpouring of grace to match. I had three consultations with her just simply learning about the business and how it operates. She had sent me this big pdf with quite a few video game characters on it, I looked them over, found a couple I wanted to portray, and then sent her a couple recordings in our last session. She said I do have what it takes and then she recommended me to Dave Fennoy, a giant, in the Voice Over business. The next year and half he took me in like a shepherd with me obviously being the newborn sheep. In blue collar lingo, I was as green as green could be. I had no clue about this world I was about to enter.

You must understand that I come from a small town, and for me it was all about football and weightlifting growing up. To be quite honest it changed my life in middle school and in many ways set me on a new path in life. It came at the right time really. A year after this newfound discovery, my parents would split, a month later I would lose my father to muscular dystrophy. Before that I was made fun of by other kids and didn’t really have to many friends. Couple that with the myriad of other issues in my life. I wanted nothing to do with anything else. It opened up vastly different relationships that previously, I never really had. Other teenagers began to look at me differently. Parents and teachers began to see me differently. Suddenly this chubby teenage boy, who felt so isolated and alone in this world had a monumental support system around him.

I remember Dave and I’s first session, it was humbling. I mean I’m talking to the man who voiced A LOT of characters in various video games I’ve played (Mass Effect, World of Warcraft, The Walking Dead Game, just to name a few). And to be quite honest, I was humiliated. NOT BY HIM, but me. Because at the end of the first session I began to reminisce on the chances I had to be in the performing arts and just simply shunned it, all because it didn’t fit that big guy persona. But Dave man, I don’t think there is a word in the dictionary to define his genuineness and his lovingkindness. I would imagine I was a challenge at first, probably still am! But I thank God for his persistence with me. And now once again at 37 years young my life trajectory has changed. Because of him. I will forever see him as friend, mentor, and a father figure in this newfound world. Through him, after 35 years of stubbornness, as he helped shed those scales from my eyes that had blinded me for so long…. I have finally realized

This is what I want to do.

I will never even retire from this!

From here the fire was lit. And when I wasn’t being coached by Dave, which seemed like almost every week, I was practicing and trying to hone this newfound craft. All the way to late hours of the night while in my garage, on the other side of the house, as to not wake up my wife and son.
Watching movies with subtitles

Just to learn how to start and land sentences. Learn methods of displaying certain emotions transitioning from sentence to sentence or word to word. I still do these things. Even now, in this very season I just recently found myself listening to J. Michael Collins demos over and over and over. Learning different techniques and different styles. He is one of the best from what I hear and one day I want to learn from him too.

It would all pay off a year later as we ended one of our sessions. The end game for me is to eventually make it into a video game, but till then I decided why not do commercials? And then use that to branch off into other genres. In time, The Dave Fennoy, said I was absolutely ready for commercials. To me, it was like winning the Super Bowl.
From here this journey had me cross paths with a very giving and generous man, Scott Burns, who voiced Bowser in the Mario games for several years (Thank you Joshua Alexander for introducing us!). Just so happens he lived in the area too! So, we connected, and after a couple sessions, he helped assemble my first commercial demo. We’ve had coffee together, zoom calls, phone calls. He is forever a friend, and forever a mentor, another father figure. Through him I met Jamie Lopez who has been a huge believer in me from day one and has represented me through The Actors Group in Seattle. This would also lead to representation through In Both Ears in Portland Oregon.
As my networking flourished I met a lady by the name of Karin Barth. A sweet spirit and a massive support, and a fine-tuned oiled machine. I have never met a lady who at the drop of a dime, stops what she is doing and will give whatever she can to make your goals achievable. She is selfless and sacrificial, and if there were more people like her in the world, no doubt it would be more beautiful.

Every one of these people,

In my voice over journey.

And it wasn’t till October of 2021 that I officially got my business license for John Simmons Voices and Brawny Man VO. That’s right, I bought both names! It’s been a great ride so far. In about 8 months I have voiced content for clients such as Microsoft, Husqvarna, Altec, Milwaukee Tool, Edward Jones Investments, and Johnson & Johnson. Nonprofits like Eden Reforestation Projects among a few others. And here soon I have my first National gig to be played during the summer. Achieving all of this while trying to learn taxes, run a business, being a dad to my son, husband to my wife, and friend to all those close to me.

To think, none of this would have ever been possible had I not taken that small leap of faith and stop being afraid to move out of what I was already very comfortable in. I am so glad I finally decided to do it. And as we come into a landing on what seems like a plane ride worth of words. I want to end with this quote…

“Faith is taking the first step even when you don’t see the whole staircase.”

What are you waiting for?